Over the last few days we have been witnessing the outrage caused by the story of a young women who got raped in a moving bus in Delhi.
There are countless discussion , opinions , solutions and petitions.
Capital punishment, better police coverage, sensitization of the police force, security in public transport and many more.

As i watched some of these discussion i remember hearing panel members who represent the social and cultural perspective repeatedly saying that," beyond law and security measure it is a social problem."
I did not hear many any solutions following that them. These panelists included Shabana Azmi , Shekar Kapur and Shoba De, They didnt mention any possible contributions from literary and mass media creators, maybe because practical solutions could sound like small talk, immature silly contributions on television.

Here are some (maybe silly) quick practical solution for Bollywood and the media.

1) Entering the cultural psyche :
Maybe its time to produce a wave of Numerous Regional Fiction films with a star cast, attacking the temperament and attitude that breeds rapists.
Different types of Rapists,  the one on the street the one in a marriage. I am sure you have quick conclusion that such films will just look crass and hypocritical, Yes we have seen many films like that, What i am suggesting could well turn into a full feature film or it could be a small part, a scene an act that makes into feature films.
This will be a form of reprogramming where thoughts or any intent to sexually assualt by any character is portrayed as great evil to such an extent that it will never be considered a joke, or an act of any pleasure.
Let such films and ideas and the fear permeate into popular culture in accessible media.
Let B-grade films show the horror of non-consensual sex. The psychological cowardice and corruption of the perpetrator, a de-glamorization of this age old plot and maybe the beauty and pleasure of consensual sex, in juxtaposition.

Sometimes i feel it stems from the basic thrill of going against the authority and rules, a feeling of foolish selfish power over others.So preachy films might not be the way, either.
Let it attack sex-slavery and all of forms of assault. Let this idea seep into the basic value system of indian society. When i mention reprogramming i am reminded of Clockwork Orange, but that is not the only possibility.

2) Campaign: This subtle and explicit movement in films/tv can come back into television and radio and they can become subtle reminders, obviously not becoming a repeated irritating public message. It should translate into " slap your friend who makes a cat call " " Eve teasing makes you look like an idiot and never a hero " , I remember a campaign against sex-slavery which was endorsed by many global celebrities. How difficult is it to organise one in India ?

Here is a campaign against sex slavery initiated by this organisation 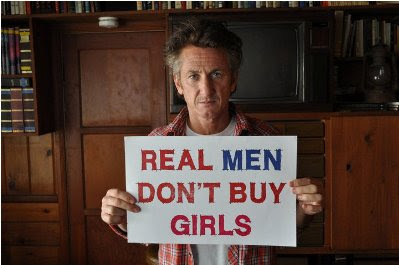 and now imagine Rajnikanth Holding it.

This was a campaign against sex trafficking, and child sex slavery, another counterpart and one of the most ugliest of all crimes that humans have had the capacity to conceptualize and execute.
This image looks could send out a strong message however the video misses the point due to the forced humour.


3) Representation of women: Maybe it is time for mainstream Indian cinema to reconsider the way they represent female characters. Cut down those item numbers, one scantily clad women and 100 men. Is that the subconscious you really want to build in the name of entertainment. This is not a cry to censor everything either.
One can see a slow transformation in many new films, but slowly one should reconsider the item number or change it.

There should be a lot of careful thought and reflection before implementing any radical changes. But these above ideas can and should be done as soon as possible.

Let it permeate into Doordarshan and into regional channels and radio, let it enter local cinema halls, let it enter small bars and local public transport spaces. That doesn't imply that the urban male is godly either.
But it needs to start where it needs to start.
Maybe we shouldn't wait for Bollywood, we should propose a kick starter campaign and just go ahead with it.
Posted by Unknown

It's definitely a different concept, I must admit and it's worth giving a shot!! It might seem superficial to some but hey, where do these rapists get the courage and ideas from in the first place?! Good job!! I'm spreading this around!! :)

Good idea! Also, something must be done at the school level. Start when they're young. How about a short film that can be screened in educational institutions across the country?

iyearmouth by Bharath Haridas is licensed under a Creative Commons Attribution-Noncommercial-Share Alike 2.5 India License.
Based on a work at indianbeatbox.blogspot.com.
Permissions beyond the scope of this license may be available at bharath.haridas@gmail.com.